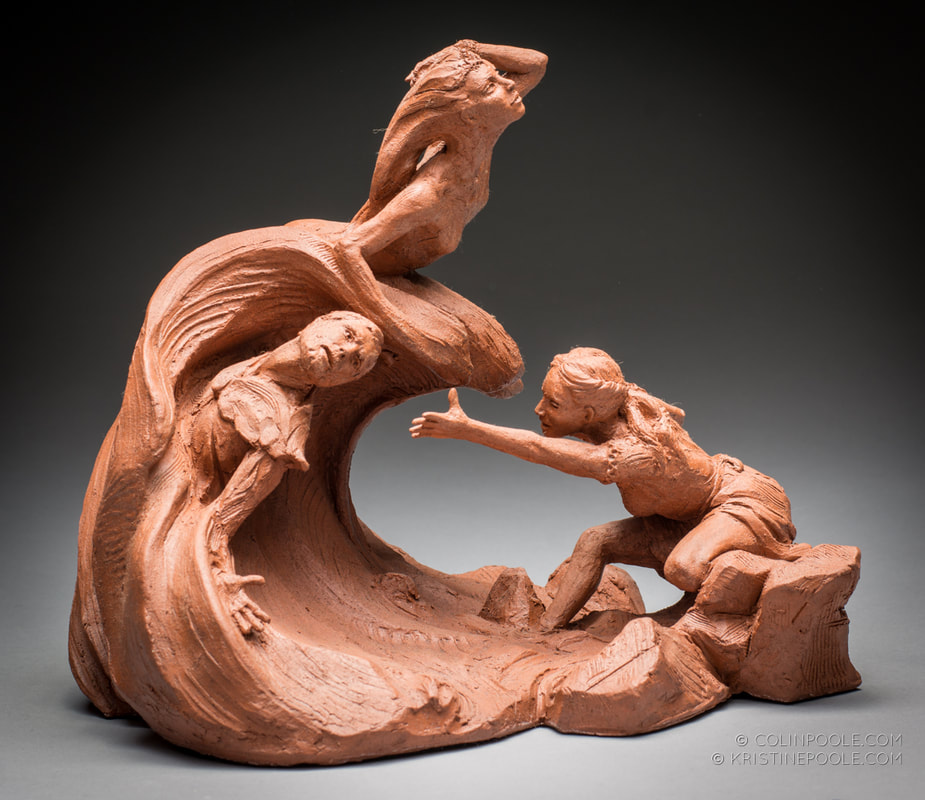 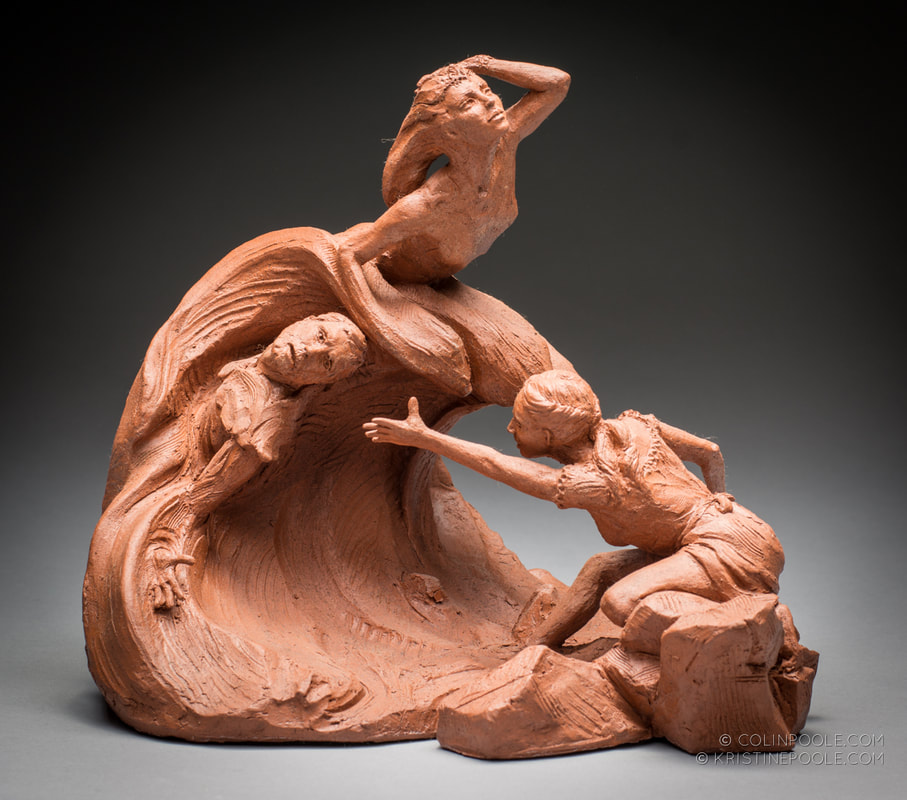 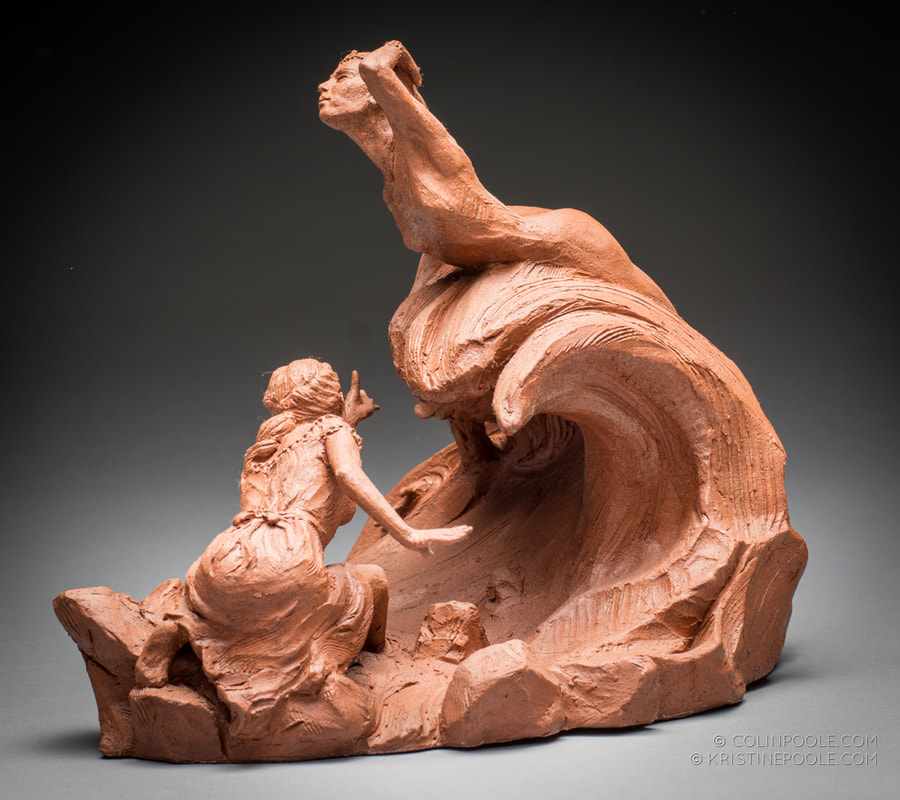 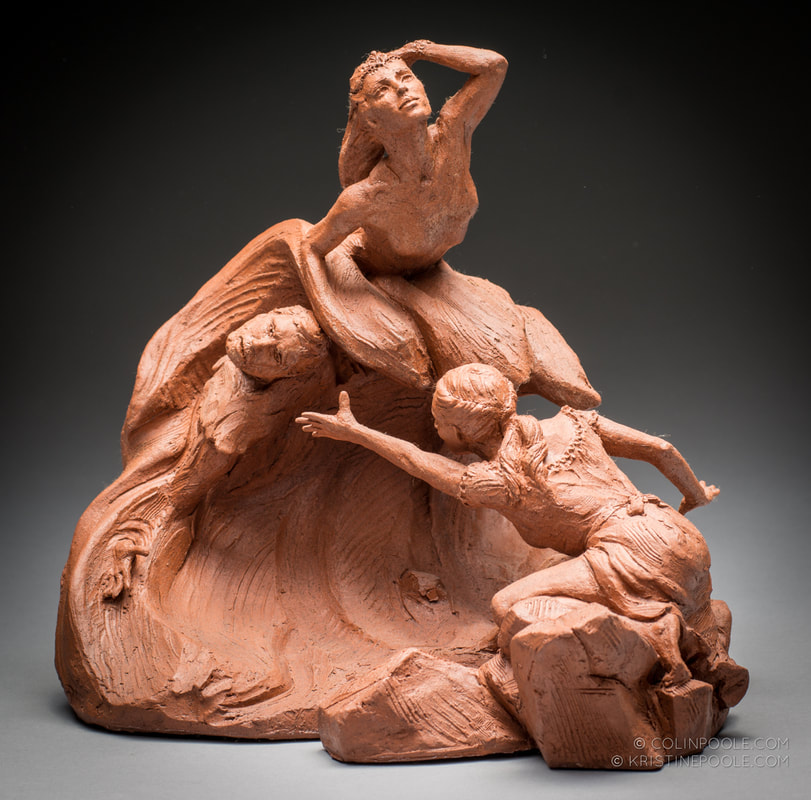 Purchase inquiries
Inspired by the Fairytale, "The Nixie in the Pond" by Jacob and Wilhelm Grimm. This sculpture is a collaborative work and was inspired by our love of storytelling and the extraordinary power and vitality of the historical terra cotta bozzetti featured in the many museums we have studied in around the world.

The Nixie is a water spirit who tricks a miller into promising her his firstborn son in return for granting the miller success and riches. The nixie keeps her end of the bargain but the miller never allows his son to go near the millpond for fear that the nixie will take him. The son grows up, becomes a huntsman and marries a woman he loves dearly.

One day after a hunt, the son goes by mistake to the pond to wash his hands and is taken by the nixie. His heartbroken wife searches, curses, cries out and pleads to no avail but is ultimately helped by an old woman she meets in her dreams.

The scene we sculpted is the first of three attempts wherein the miller’s wife tries to save her husband by distracting the nixie, in this case placing a golden comb on the bank. When the nixie emerges in a wave to take the comb, his wife glimpses her husband in the water but can’t reach him. His wife ultimately prevails. The nixie is so enraged by their trickery that she causes a tremendous flood. They are carried to lands so far away that they don't speak the language and can’t remember one another. By chance, they both become shepherds and meet each other one day while herding their flocks. The husband plays a song on his flute that causes their memories to return and they live, as often happens in a good fairytale, happily ever after.

We love a good story, especially one with a lesson: you should be careful of the promises you make and keep the ones you do, and love triumphs over all in the end.