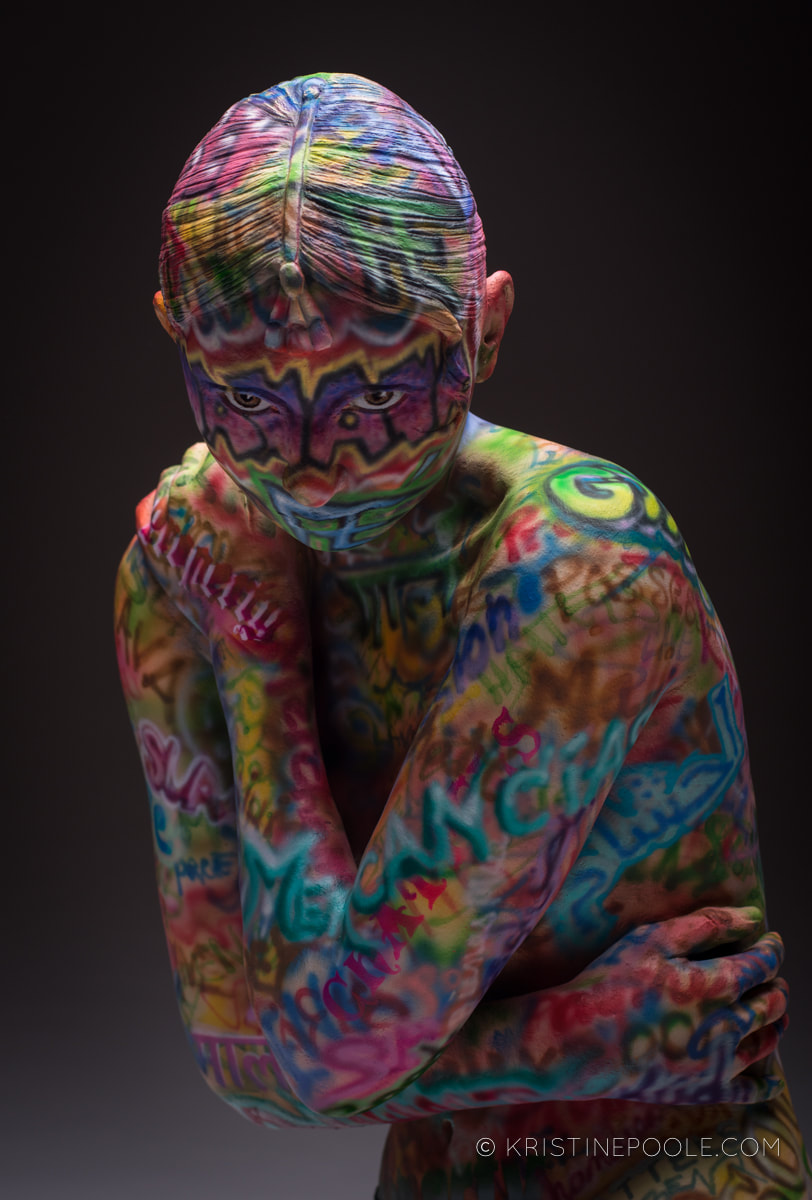 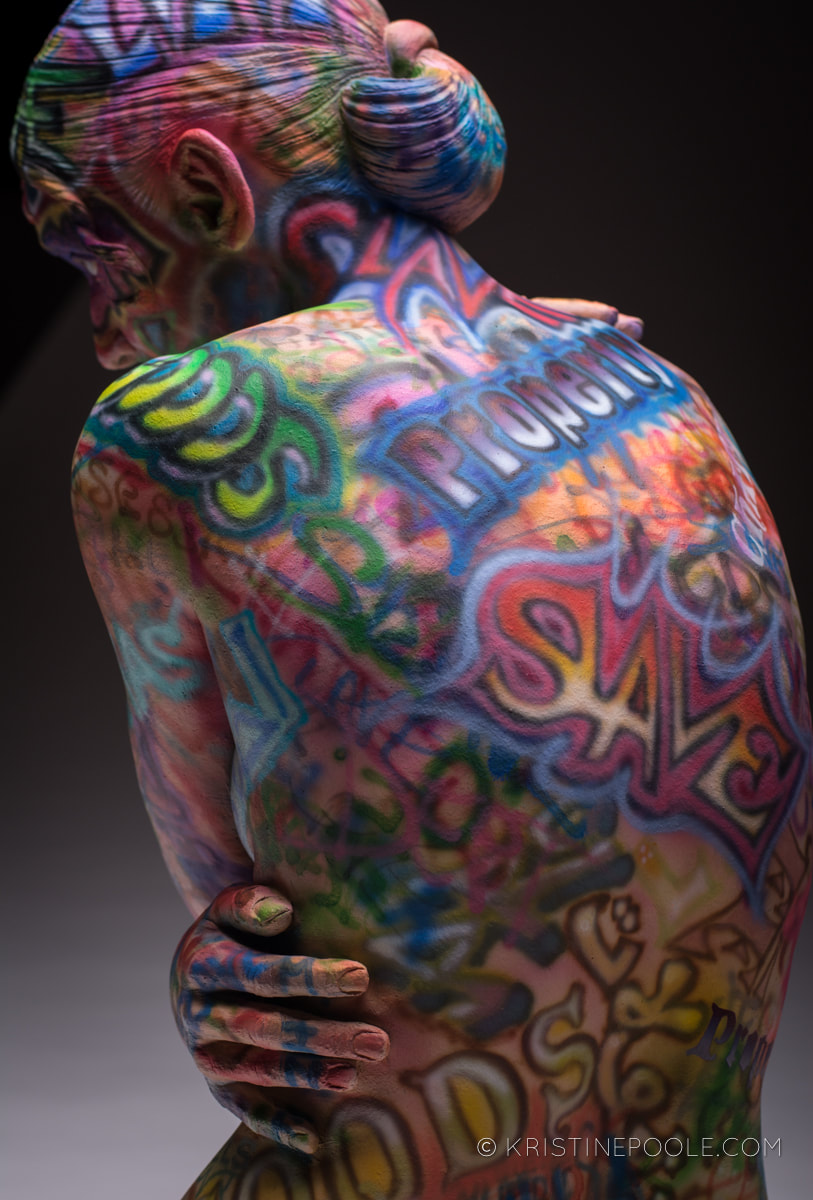 Much of my work deals with women’s experiences and the power that words have to define and shape the realities we live in - this piece is another development of combining words with imagery.  Putting text on a sculpture juxtaposes our instinctive and visceral response to body language with a more intellectual response to interpreting the written word.  In this case, there’s an additional layer of contrast in the graffiti itself which combines the visual elements of color and shape with the text element. A  certain discomfort may be experienced by the graffiti triggering our inherent aversion to the act of writing on a sculpture.

There were two things that directly inspired “Commodity.”  The first was the significant impact of reading many articles on child marriages - in particular the stories of young girls being committed  against their will into marriages to men decades older than themselves.  The second was several conversations I had with my nieces.  I was aware of the problem of human trafficking across the world, but through the conversations with these young women, I saw that human trafficking is a very real concern and fear for young women even in places that would generally seem safe.

Graffiti is often considered an act of vandalism.  In “Commodity,” I used the graffiti to represent the vandalization of a young girl’s life - the desecration of something sacred, her body and her soul.  The words I chose represent the use of women as a societal commodity - as payment for debts or a source of income.  They symbolize women being relegated to the status of property, chattels and possessions, not independent human beings free to choose their own destiny.

“Commodity” is graffitied with these words in fourteen languages representing the countries with the highest incidence rates as well as the world-wide occurrence of these phenomena.  The variety of languages also speaks to the necessity of world-wide cooperation to create a solution.  While my focus in this piece was specifically on these two topics, one can’t avoid the underlying reference to historical issues regarding the domination of women and the ownership of women’s bodies, a conflict that continues to this day.

This process is different from my other work in that I usually choose more “sculptural” surface treatments, enhancing the natural color and feeling of the clay.  Doing the graffiti type of surface involved learning how to use an airbrush and new materials coupled with lots of practice.  My husband, Colin, a painter and sculptor (colinpoole.com), was instrumental in helping me to navigate these new techniques.  We frequently collaborate on sculptures and in this particular case, you can see his hand in several of the accent glyphs.