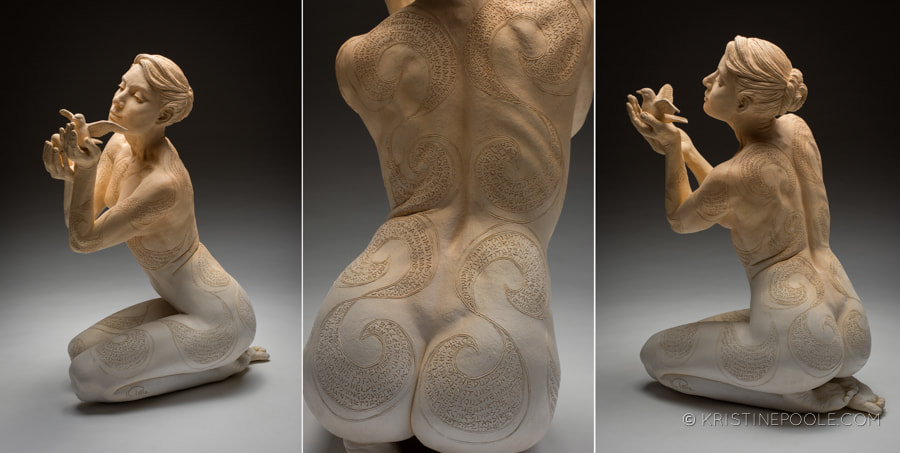 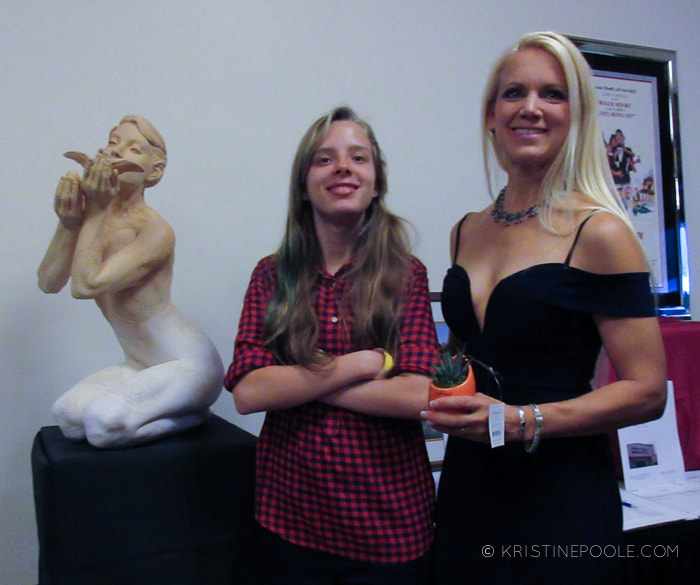 Working with the idea of mentorship and fledgling birds represented by the commissioned sculptures Daskala and Skyla, I did a workshop with Bigs and their Littles wherein everyone created clay birds representing themselves ready to fly off into the world. The birds were fired and finished and offered as gifts to donors and supporters of Big Brothers Big Sisters of Northern New Mexico. 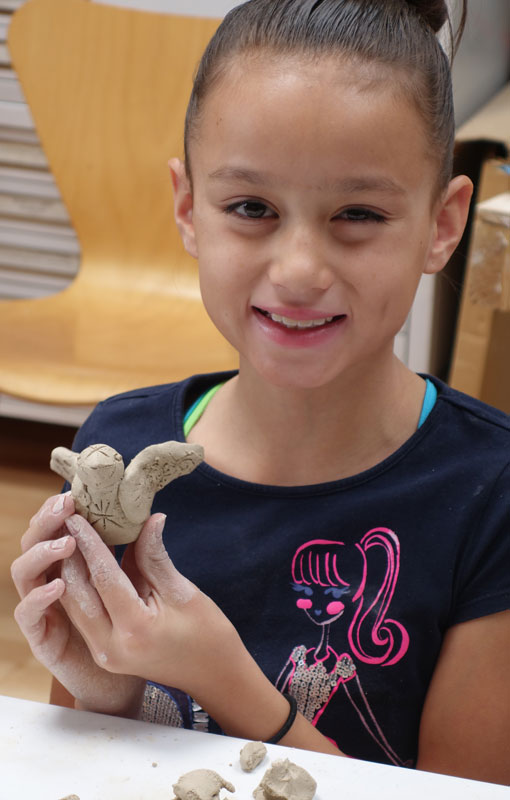 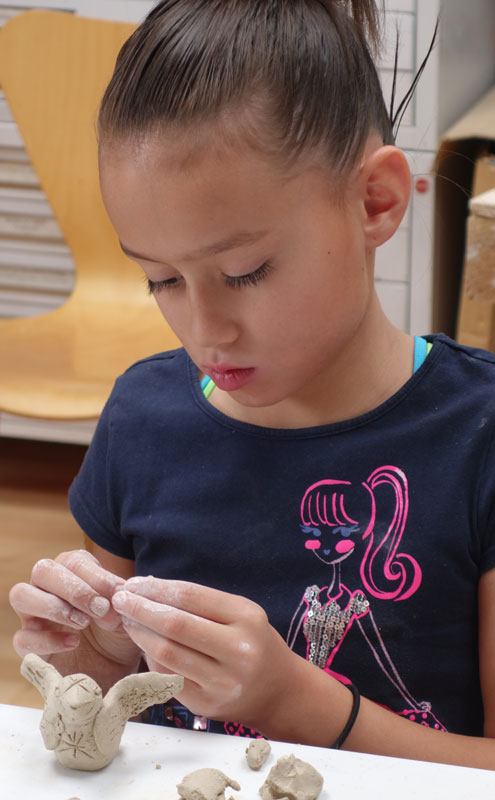 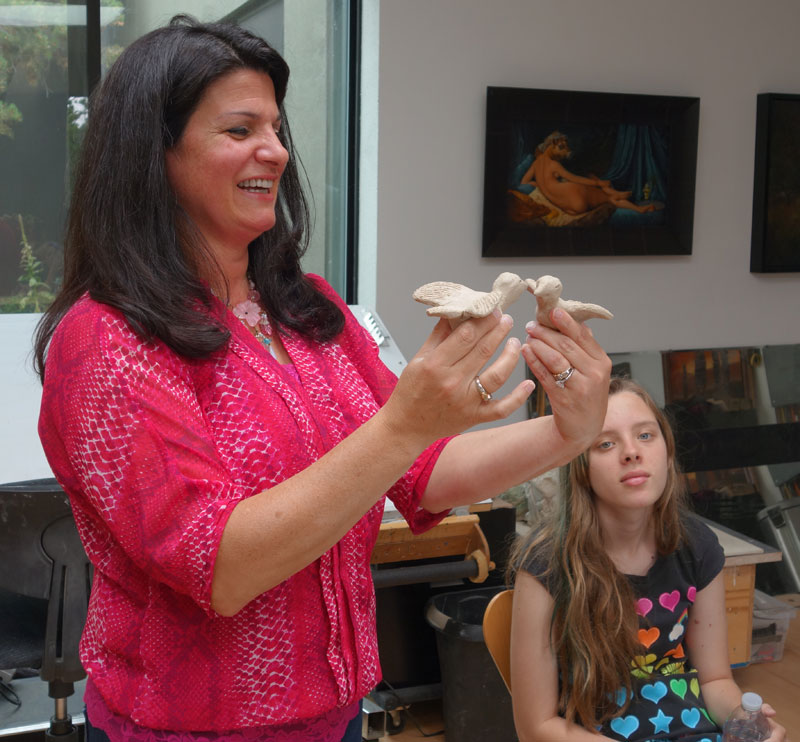 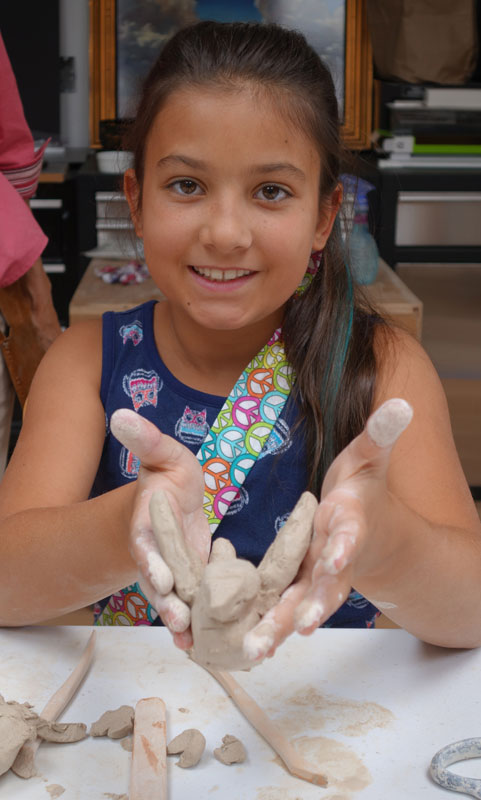 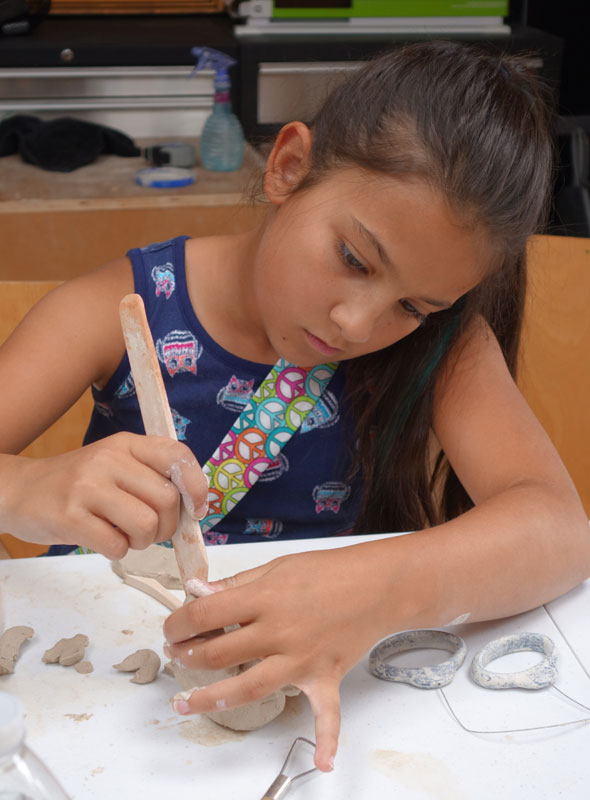 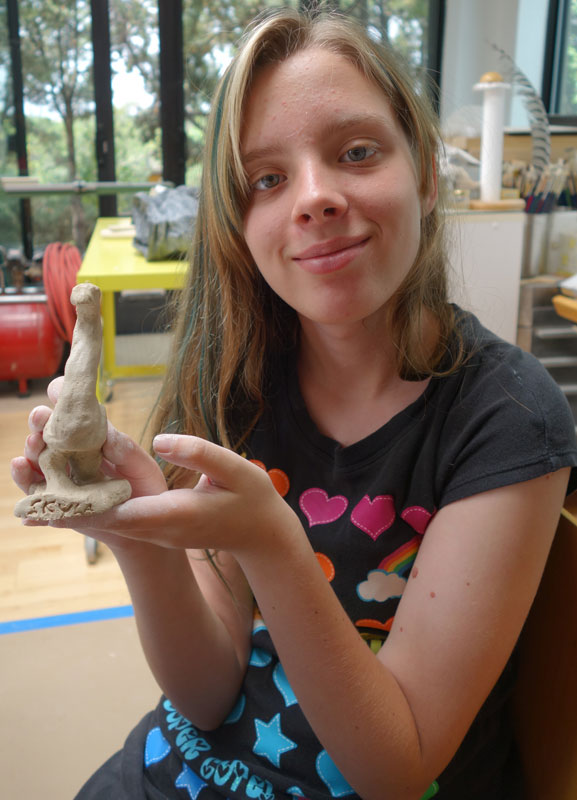 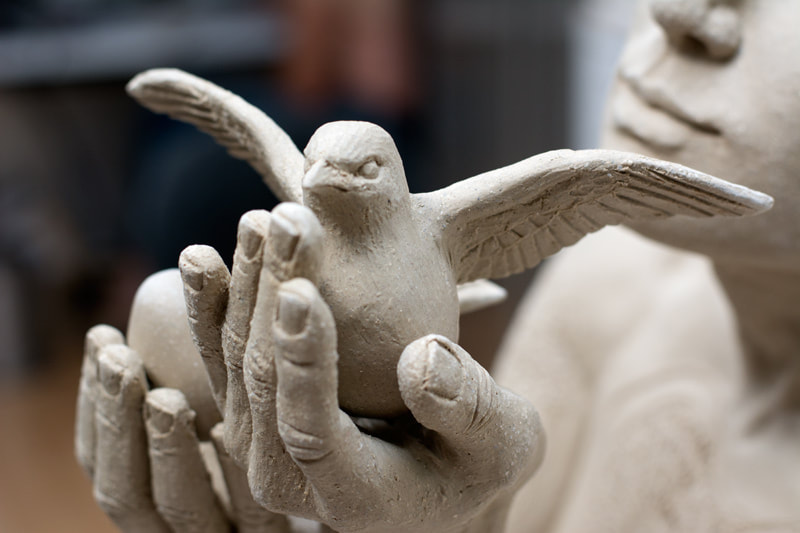 Skyla and Daskala are sculptures commissioned by Big Brothers Big Sisters of Northern New Mexico. Teaching and mentoring have always been close to my heart - creating a piece representing these concepts visually presented an exciting opportunity.

These two sculptures both represent the personification of mentorship. Each holds an egg just beginning to hatch in one hand and a fledgling bird, ready to take flight in the other, representing the passage of time and the journey shared in mentoring relationships.

She gently holds the fledgling bird close to her showing the connection that is present from the beginning. The mentor nurtures her charges, walking their path with them as they discover and define who they are until they are ready to go off on their own, shown by the young bird now ready to fly off into its own life.

Skyla and Daskala are textured with spiraling designs which represent wings, wind and flight, connecting them visually with the bird each holds. This motif is also a subtle reference to angel wings - in my interviews with former participants in Big Brothers Big Sisters, they frequently said that they felt their mentor was their angel.  The interplay of the bird and the flight pattern is a nod to the fact that the proteges also affect their mentors, leaving indelible memories of their youth, enthusiasm and unique ways of viewing the world.

Within the designs are words - these are stories former proteges shared with me about their experiences in the program and descriptions of the impact this mentoring experience had on their lives.

"Daskala" is the Greek word for teacher. "Skyla" was named after a precocious young lady I met during one of the workshops I gave for Bigs and their Littles who was particularly perceptive in her observations about the art she saw in our studio, leaving an indelible impression on me. 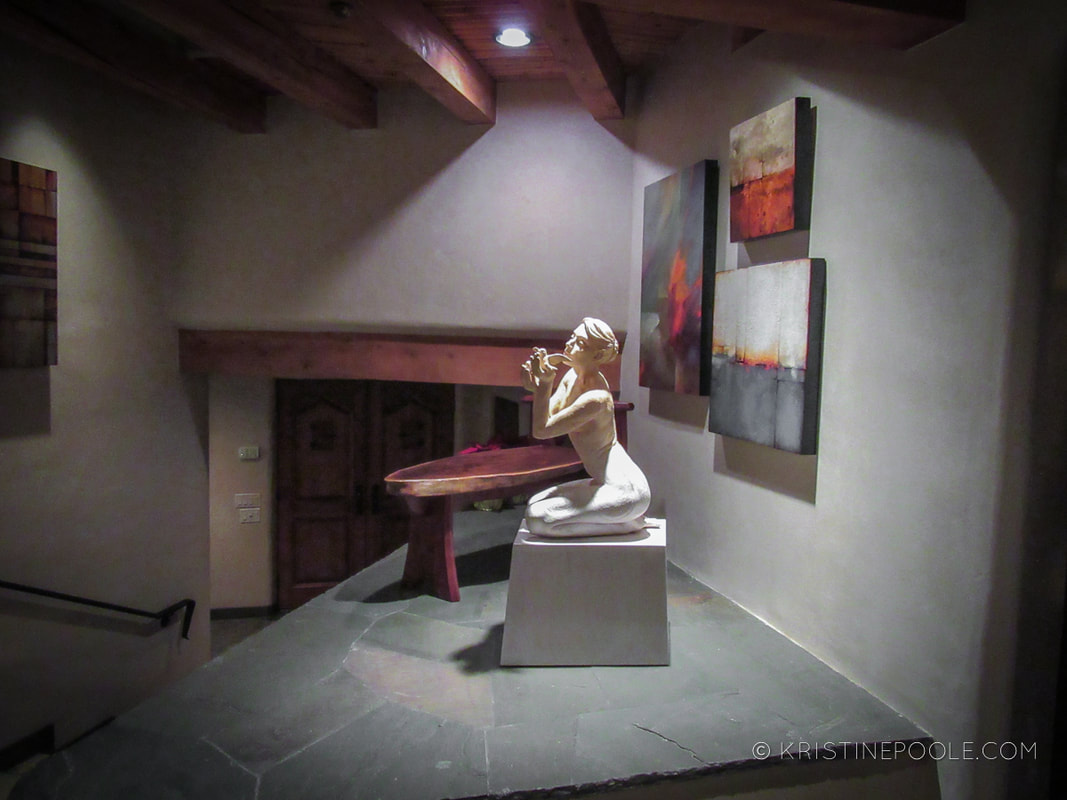