The Execution of Lady Liberty 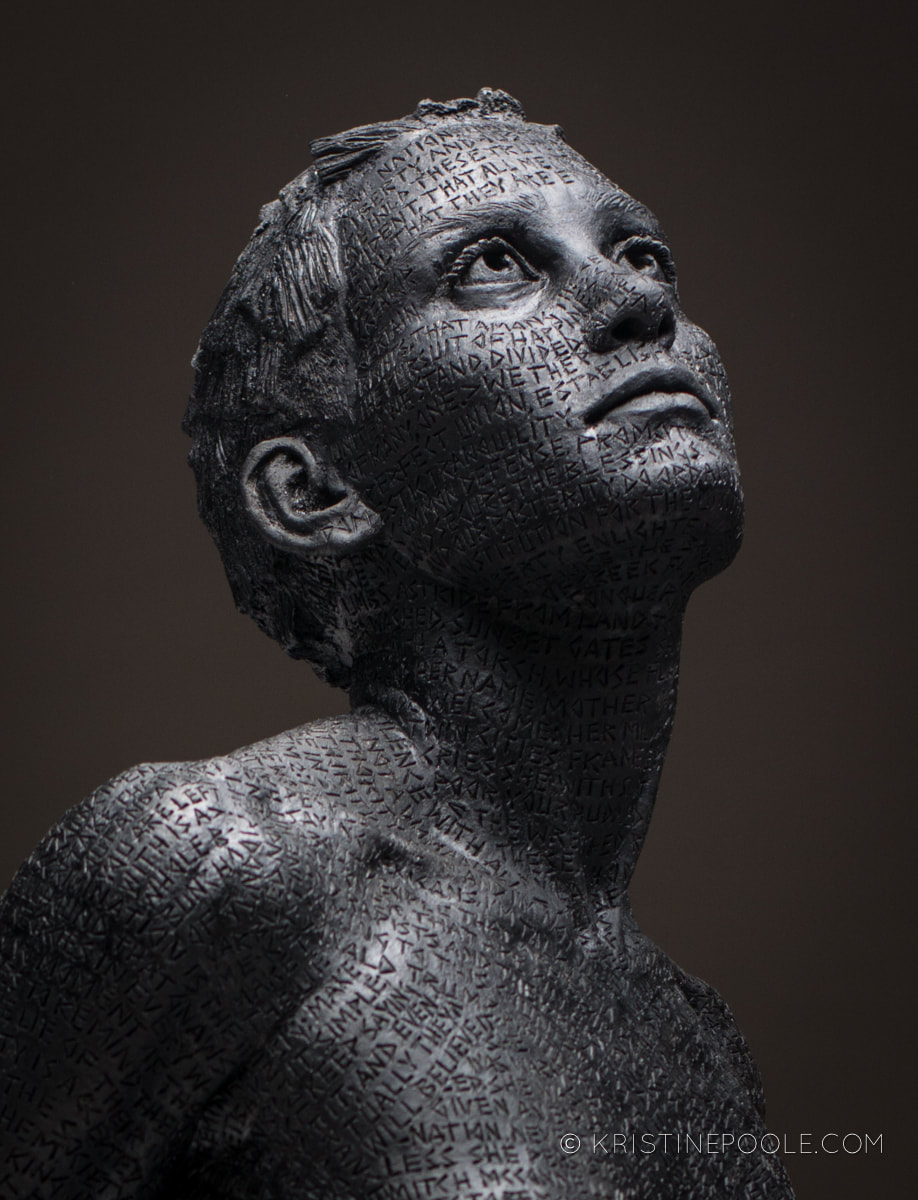 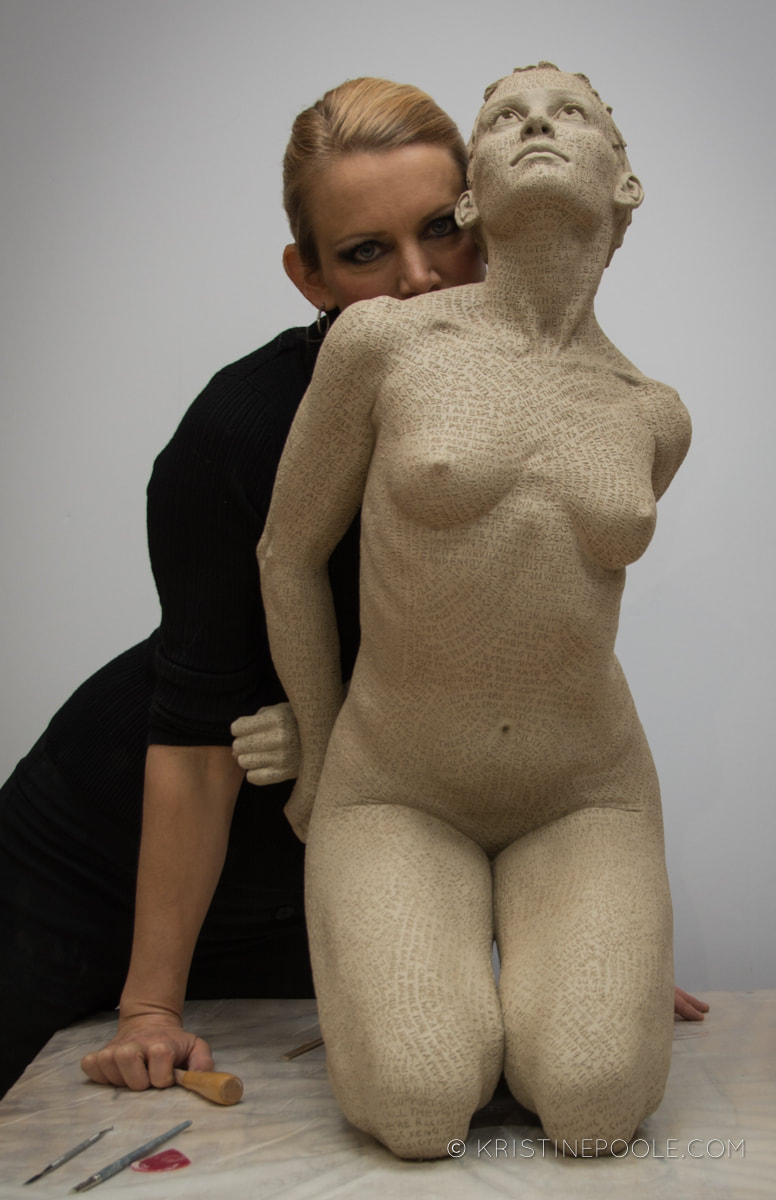 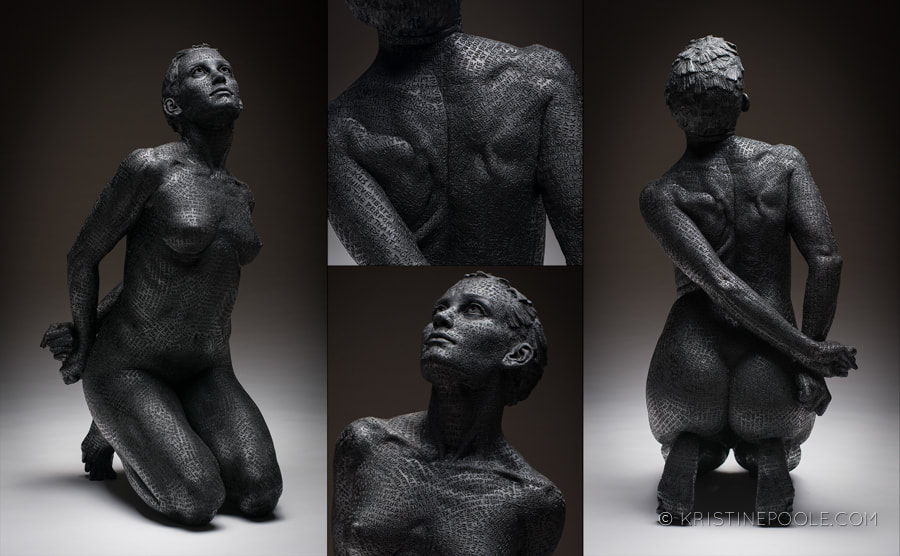 The text begins on her face with quotes featuring the ideology our country was founded on - words from the Declaration of Independence, the preamble to the Constitution, the national motto, and Emma Lazarus’ poem from the Statue of Liberty- all momentous words that created a powerful new reality:
“We hold these truths to be self evident - that all men are created equal, that they are endowed by their Creator with certain unalienable Rights, that among these are Life, Liberty and the pursuit of Happiness”; “E Pluribus Unum - Out of many, one”; “with liberty and justice for all”; "Give me your tired, your poor, your huddled masses yearning to breathe free, the wretched refuse of your teeming shore. Send these, the homeless, tempest-tost to me; I lift my lamp beside the golden door!”;  “United we stand, divided we fall” and more…

The words merge around her shoulders into mostly contemporary quotes that document the anger, despair and intolerance being expressed in the current schismatic milieu we appear to have come to. It may be that words, ideas and the spread of divisive ideologies may be the most formidable weapons of mass destruction we have at our disposal. Once people can be convinced that others are somehow inferior, detestable or in some way undeserving of the same liberties and freedoms, it becomes easy to begin to eradicate the rights of (or do even worse things to) the communities that are “different” as they begin to be viewed as “less than” and undeserving of the same consideration and compassion. Rhetoric that dehumanizes, de-legitimizes or objectifies another race, belief structure, culture, gender, orientation or lifestyle choice is the first step.

I am reminded some Andrew Lloyd Weber lyrics from “Evita” - “Where do we go from here? This isn’t where we intended to be…” There must be another way.
Return to Social Commentary Sculpture Main Page