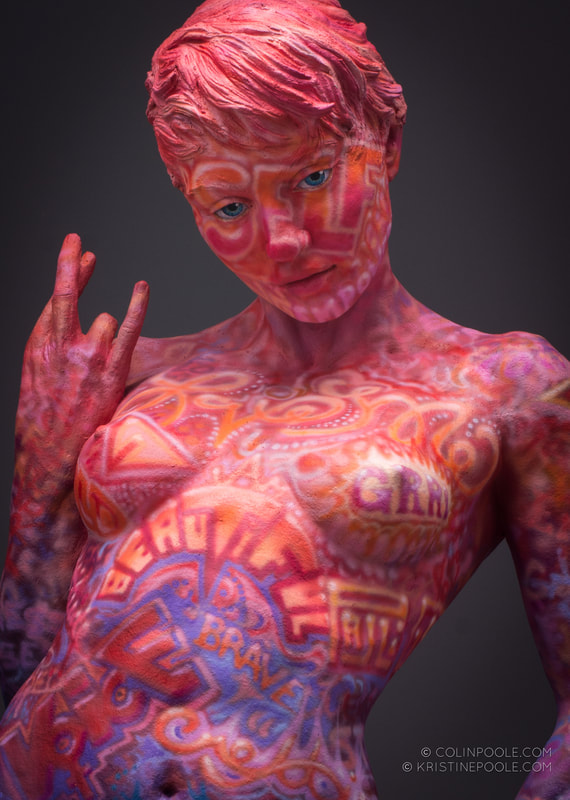 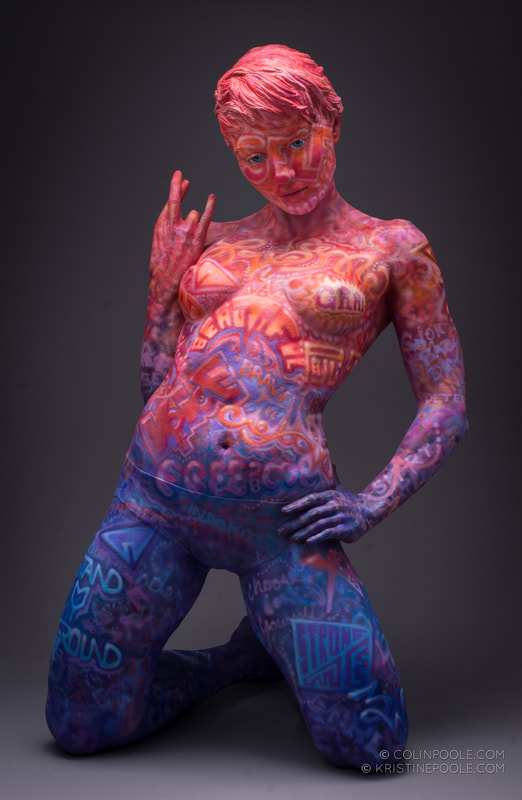 Purchase Inquiries
-
Excerpt from an interview about St. Palli Grrl by Kelly Carper for EVOKE Contemporary (2019):

“Much of my work deals with women’s experiences and the power that words have to define and shape the realities we live in,” says Santa Fe sculptor Kristine Poole. Poole’s fired clay sculptures are anatomically correct female forms whose bodies are wrapped with written words or long form texts. From a distance, these carved messages appear to be superficial decoration as they wind and curl over powerfully gestured bodies; but on closer examination we find meaningful socio-cultural references within their prose. These contemporary motifs contrast Poole’s classically rendered figures in their exposure of the internal emotional landscape.

Last year, Poole struck out in a new stylistic direction that conveyed a similar yet louder message with “Commodity,” a life-size figurative sculpture that took on the controversial topic of human trafficking and childhood marriage. In an effort to represent the emotional and physical vandalism of these tragic acts, the female figure is depicted in a protective posture and layered with violently airbrushed graffiti. Words like “property,” “possession,” and “payment” scream over each other in multiple languages and rash colors, symbolizing women as a societal commodity.

Poole continues her graffiti motif with “Grrl,” her newest work now on view in the gallery. “Grrl” is a stylistic continuation but metaphorical response to Poole’s first graffiti sculpture; as if the closed off “Commodity” figure suddenly thrust her body forward in a transformative act of defiance. The surface aesthetic references street art rather than vandalism with a less jarring but equally bold palette that moves from warm to cool tones. Rather than yelling over each other, words like “self strong,” “hero,” and “self empower” converse with clear definition. “Grrl” shifts the conversation that Poole sparked with “Commodity” with an aura of strength and conviction. This piece embodies the attitudes that make up our current political climate in the context of the #MeToo movement and third wave of feminism, as young women take charge of their own societal roles.

In addition to body posture and the written word, Poole incorporates a third language layer into the piece through the energetic expression of mudra. A mudra is a symbolic hand gesture common to Buddhism and Hinduism brought into our western culture through yoga, in which hands and fingers form various symbols to access certain energetic qualities. The fingers on the sculpture’s left hand are arranged in “Palli Mudra,” in which the index and middle fingers cross while the thumb and ring finger connect. This mudra is a symbol of strength; it is meant to instill self-trust and confidence while stoking inner fire.
Return to Social Commentary Sculpture Main Page