Bling and The Gleipnir Ribbon 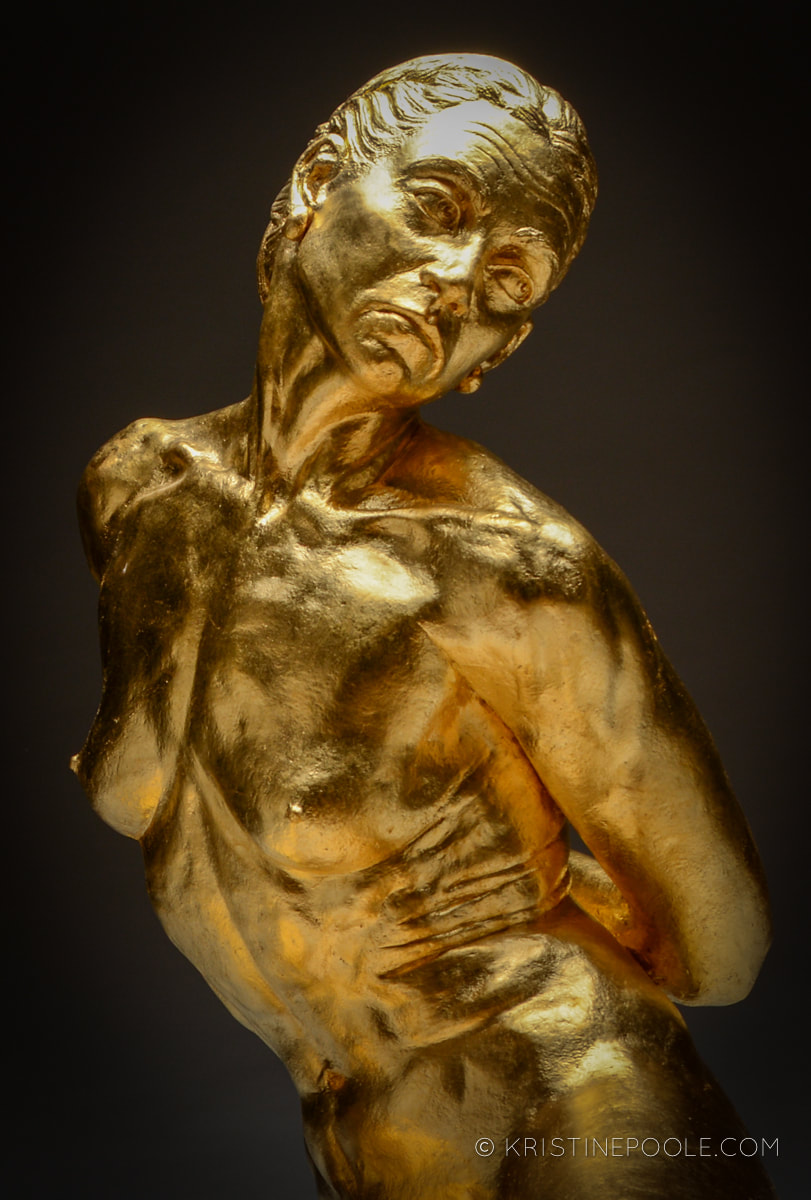 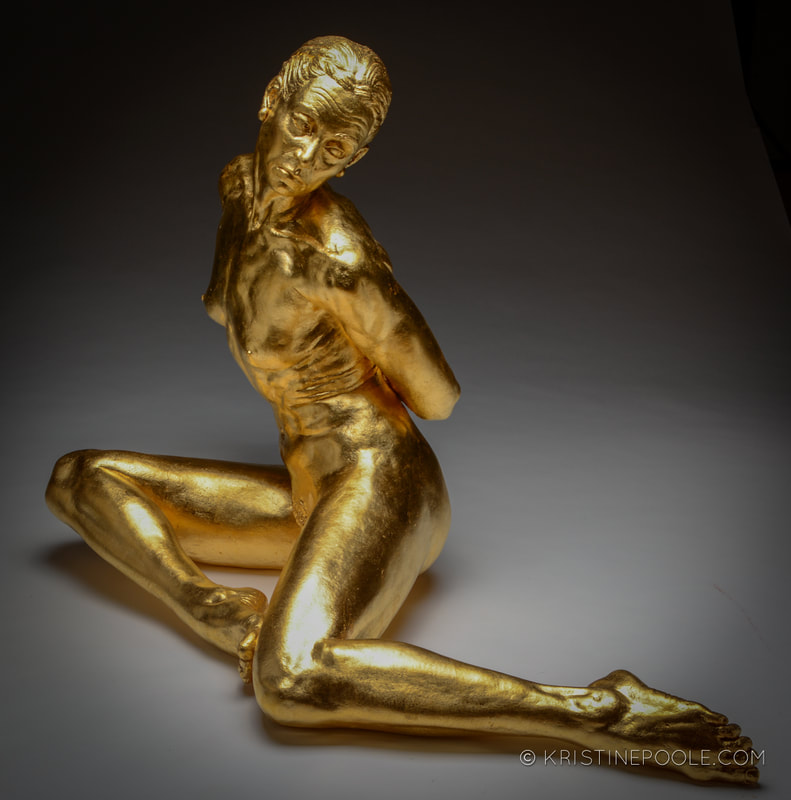 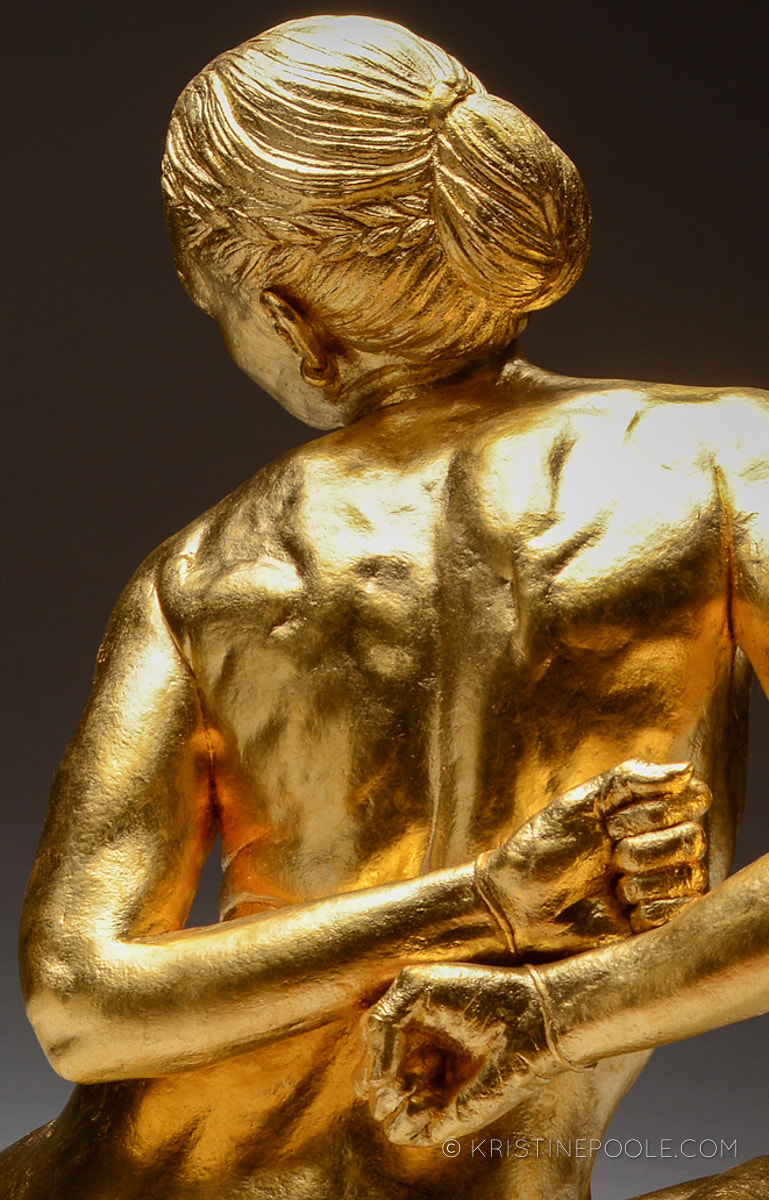 Purchase inquiries
“Bling” is based on the Norse myth of the elven-made thread which was used to bind the great wolf Fenrir.  Even though the thread was as fine as silk, being almost invisible, he was unable to break its bonds.  In this sculpture, the thread represents the money / debt cycle-working, earning, spending-getting out of control, ultimately eclipsing one’s potential for freedom and self-determination.

The 24 K gold calls to mind the myth of King Midas, who received the gift of turning anything he touched into solid gold.  He was delighting in this new endowment when his daughter ran up to him and hugged him, turning her into gold.  As Midas then despaired of his power, the gods graciously returned him to his previous self, and restored his daughter to him.

This sculpture takes a positive twist on these stories.  The woman turns to see what is restraining her, thus taking the first step into awareness of cycle, patterns and choice, opening the way for dramatic transformation in her future.