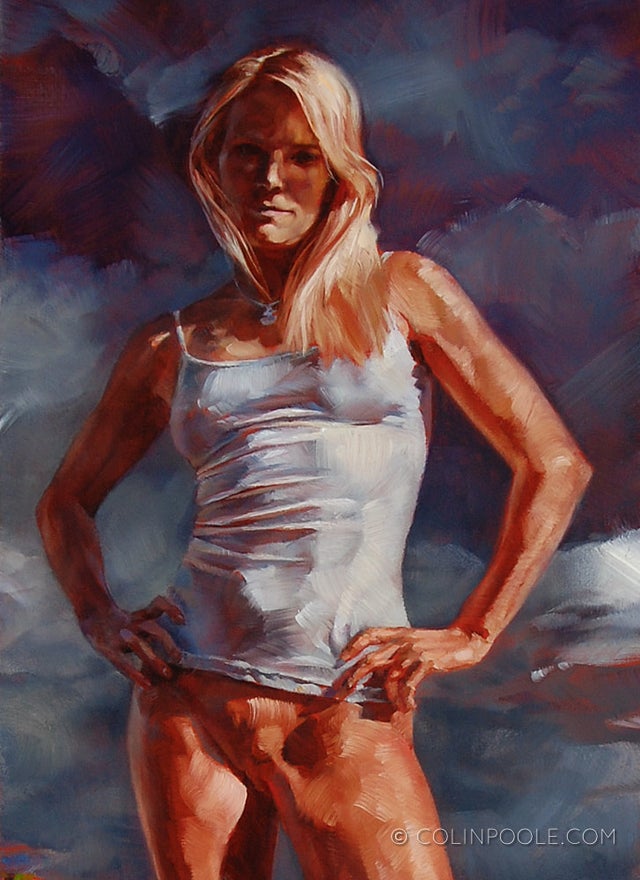 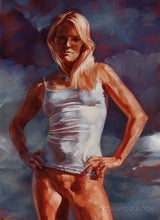 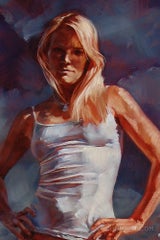 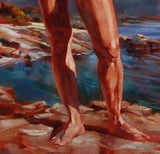 16"x 8", oil on wood. Includes custom frame. Free shipping in the continental United States. Please contact us with any questions or to see images of frame.  This is an original painting. There is only one available.

In Greek mythology, Ino, the mortal queen of Athamas, cared for the infant Dionysus provoking the wrath of the supreme goddess Hera. As punishment, Hera drove Ino insane and caused her to leap into the sea with her own son Melicertes in her arms. Out of pity, Zeus transformed Ino into the goddess Leucothea, who became known as the white goddess.

In Homer's Odyssey, she appears as a gannet and saves Odysseus' life, represented here by the white feather at her feet.

When I was five, an old Greek icon painter invited me to create in his studio and became a friend for life. He was the consummate storyteller with a never-ending supply of ancient myths and folktales to captivate anyone within earshot. He gave me his love for the Greek Isles, tradition and mythology. He was one of the most wonderful people I have ever known and it is to him I dedicate this series. ~ Colin Poole