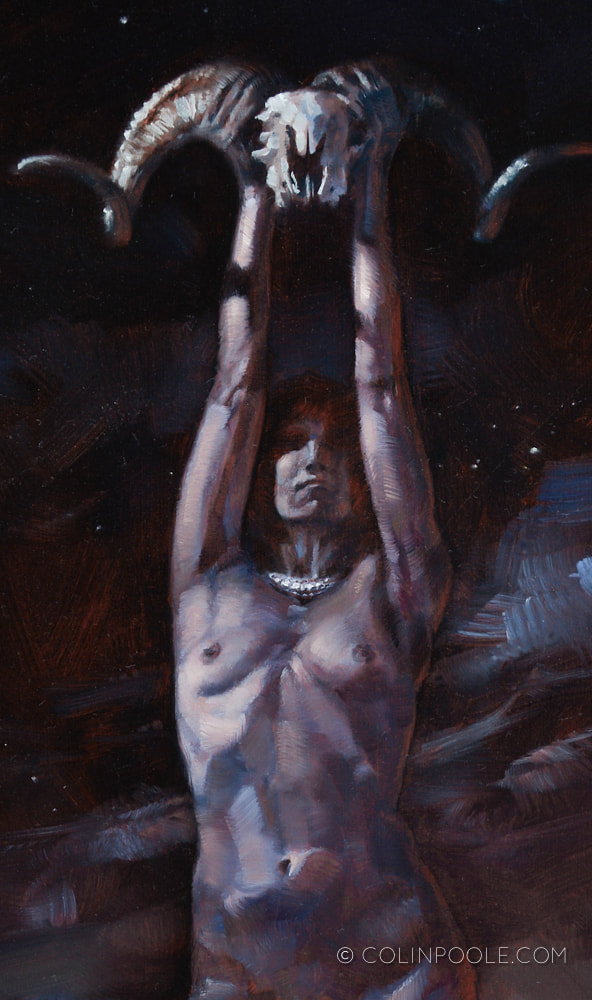 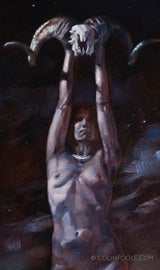 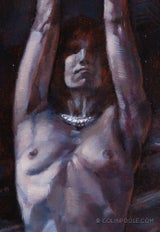 In Greek mythology, Phryxus and Helle were the twin children of the King of Boeotia. They were hated by their step-mother, who conspired to have them sacrificed to the gods. Their natural mother, the cloud goddess Nephele, sent Krios Khrysomallos, a flying golden-fleeced ram to rescue them. Tragically, as they made their way to freedom, the daughter Helle, fell from the ram and drowned in the sea.

Upon reaching safety, Phryxus was so grateful to have survived, he sacrificed the ram to Zeus, after which the ram was placed among the stars as the constellation Ares.

This painting depicts Helle, already in the land of the dead, offering the sacrificed ram to the skies.

When I was five, an old Greek icon painter invited me to create in his studio and became a friend for life. He was the consummate storyteller with a never-ending supply of ancient myths and folktales to captivate anyone within earshot. He gave me his love for the Greek Isles, tradition and mythology. He was one of the most wonderful people I have ever known and it is to him I dedicate this series. ~ Colin Poole