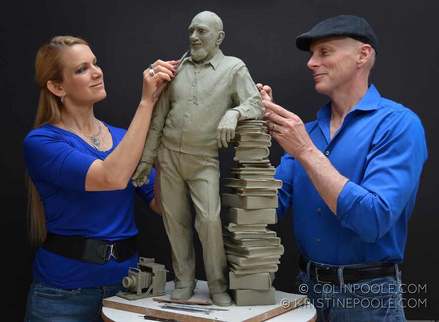 Colin and Kristine Poole are a nationally renowned sculpting team out of Sante Fe, New Mexico with family living throughout Livingston County. Last October, they were selected by the Duane Zemper Legacy Project committee to create a statue of the man affectionately known as “Zemp.” Zemper was a World War II photographer before coming to Howell in 1946.

Kristine Poole said that she and Colin dove deep into his work to learn all they could about the beloved former community member. Kristine said their first impression was that he was an engaging man and consummate storyteller. Their goal is to represent his love for the community and all that accomplished throughout his life.

Zemper’s photos were the basis for the Howell Area Archives, for which he was a regular volunteer. He also held 66-years of perfect attendance record Howell Rotary Club meetings, and was named Howell Area Citizen of the Year in 1976. Zemper passed away in 2016.

With the committee approving a final design for the project, the Poole’s are currently working on a maquette, or small-sized mock-up that will help them visualize the final, full scale project. When completed, the bronze statue will stand slightly larger than life-size and be displayed on the lawn at the Howell Carnegie District Library. It will depict an older Zemper with his trademark sweater and bolo tie holding his camera and leaning on a stack of books. Some of the books represented will be based on his actual work, others will based on his interests and accomplishments. The Poole’s and the committee both hope to have the statue ready to unveil in time for the anniversary of Zemper’s birthday. Look for it in late October, early November.

Kristin and Colin Poole will be guests this Sunday at 8:30am on WHMI's Viewpoint program. (MK/JK) 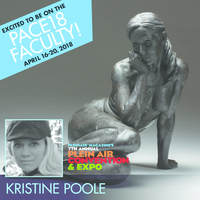 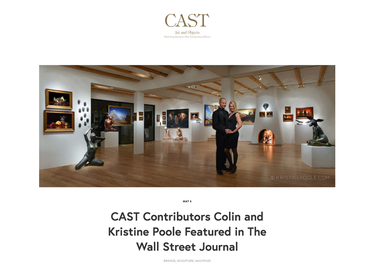 Here's a terrific article by Jen Townsend about our life, work and sculptures that will be featured in CAST: Art and Objects Made Using Humanity's Most Transformational Process 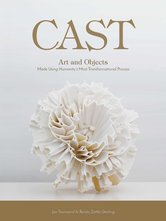